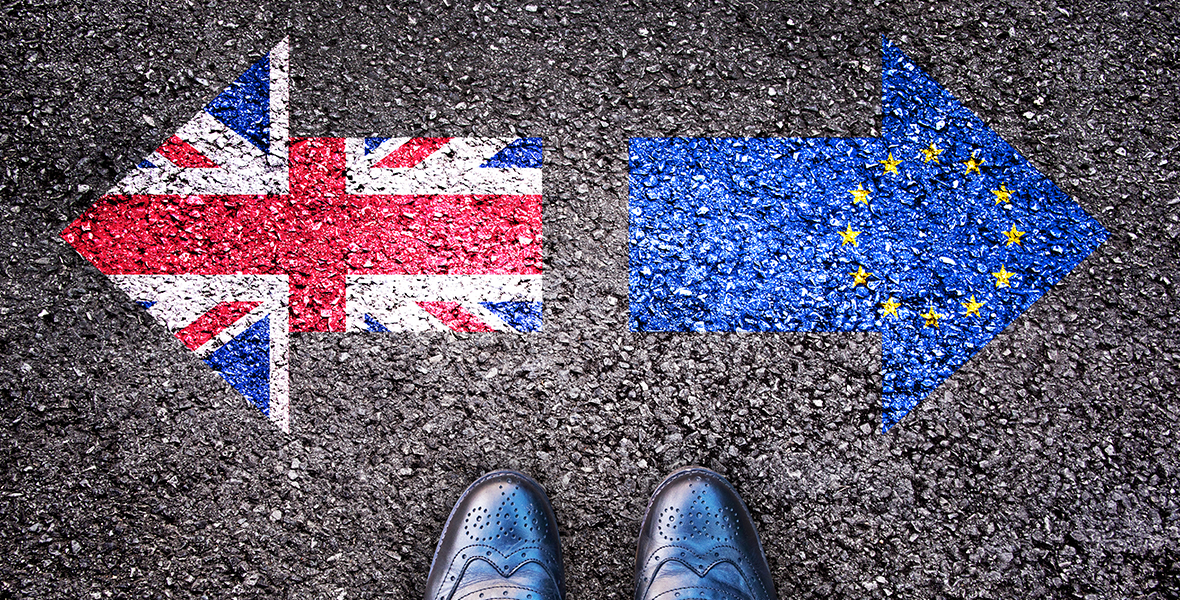 Brexit from a Norwegian perspective

Brexit - which we now in the process of – changes the EU and challenges Norway. Brexit belongs to the category of heavy political events that also change the mindset of large sets of voters.

USA’s leading poll poll, Pew, now concludes that Brexit and Donald Trump’s US election polls have helped create a ”marked increase” in EU accession, in 10 of the most important EU countries.

Less than 18 percent of the population in these countries are considering to leave the EU despite disagreement about the EU’s economic policy. It is interesting that the attitude to Germany’s role in Europe is generally positive, with the exception of Greece and Italy, were 76% and 43% respectively expressed negative attitudes. At the same time, the measurements showed that many people are concerned that Germany must not become too powerful in the EU.

What we see on the continent is that ”the man in the street” regards the EU as a useful supplement to the government’s own state. After 60 years, the EU have become part of political life on the continent, in stark contrast to the situation in Britain.

At the same time, elections in Austria, the Netherlands and especially in France have shown that leaders can win voters by conducting a clear pro-EU policy. Emmanuel Macron’s two victories in France – first presidential election and then the election to the national assembly – have given him a clear electoral power to move forward with both internal economic reforms and enhanced cooperation in the EU.

Macron meets with goodwill in Germany. Angela Merkel attended a meeting of the German Industrial Federation, BDI, for the first time this week for the first time and supported the EU proposals that Macron has promoted, about its own finance minister and a common budget for the euro zone. She was careful and made reservations, but also showed that Berlin is on the verge. Germany and France move closer together and appear again in the historical role of the EU’s main political driving force. The work for its own bank union in the EU has come a long way, emphasizes a leading EU official who has visited in Oslo this week. Here are the common bank guarantees at EU level, ”with elements of restructuring of national debt”.

Macron has also opened a discussion on common bank guarantees in the Euro area for joint infrastructure projects and eventually for future (but not too old) government debt. The discussion is intensified on developing the ESM (European Stability Mechanism) to become a EU monetary fund, i.e. stronger support for the Euro area central banks. There are increased momentum in the discussions, both related to cooperation within the EU framework and on a more conventional intergovernmental collaborative level.

It should be noted that the political desire for enhanced EU cooperation is far more present than before, encouraged by pro-EU election victory and by an economy that grows stronger than predicted in the Euro area.

Today, it is widely believed that a Brexit agreement must include multiannual transitional arrangements for EU trade with Britain. Britain is Germany’s fifth most important trading partner and German industry have aired the possibility for Britain, at least for a shorter period, may come in under the EFTA and EEA agreement. The latter only covers trade between the EU and Norway, Iceland and Liechtenstein, and this may be torn up if a large economy like the British is to be incorporated. This is something the Norwegian government is fearful of and in no way wishes. The EEA is Norway’s thin and fragile economic umbilical cord to Europe and access to Norway’s most important foreign markets.

At EU official level, it is therefore suggested that a new and own trade regime for Britain and the EU could be a better alternative, as a transitional regime. This will be a main theme when the Brexit negotiations have come so far that the future trade rules between the UK and the EU are to be agreed. Since the EEA does not give any political influence in the EU, there is little or no belief that Britain will accept an EEA regime in the long term.

The Brexit talks have taken place in Brussels this week, even before a pre-negotiated governmental majority is in place in London. Parliamentary elections on 8 June became a political disaster for Theresa May, both because she lost – shook away, many say – the scarce majority that the tory party gained in 2015 and because May also proved to be a bad election strategist and an even worse candidate in the election campaign. A direct and personal appeal to the voters is blissfully non-existent. And she is seen to act awkwardly, as when she visited the fire department after the catastrophe fire in London and omitted the fire victims. In a hurry a handful of the victims were invited to Downing Street, where they had a two and a half hour conversation with May. This lack of personal voter appeal could quickly become a considerable political burden for her, if an open dispute about the leadership of the party was to break out. And it can happen at short notice.

The striking thing about May is that, when she took over as prime minister almost a year ago, she launched a ”hard” Brexit with heavy artillery – advocating to get Britain out of the EU’s internal market, out of the EU Customs Union, out of all jurisdiction of the European Court of Justice in Luxembourg. And she put the party’s hardest EU opponents in key posts in her Government. She and her people used a language as if the Napoleonic wars were still going on, one newspaper commentator remarked.

After the election, British business has protested and demanded that she has a more humble attitude, seeking compromise. The government must give priority to ensuring the economic interests of the voters and the country are catered for, confederations of business and industry have upheld. That should pave the way for compromises with among The European Court of Justice, in certain areas. More British pragmatism and fewer political absolutes, that is the requirement of parts of the Tory party.

Also, the 48 percent of the British who voted to stay in the EU in June last year must be taken into account. Slogans such as ”Brexit means Brexit” only has a meaning in the internal battle that is taking place in the party. And what does it mean to ”make Brexit a success”? Neither is there any sense and opinion of Prime Minister Mays to repeatedly claim that ”no agreement (with the EU) is better than a bad deal”. For it is clear that a full breach of the EU would throw Britain into political and economic chaos.

Britain is breaking its centuries-old and successful power-balance tradition by withdrawing politically from the European continent. And not least when it happens at a time when the EU’s own cooperation – noted by France and Germany – is experiencing growing support among EU voters.

Dr. Udgaard is former foreign editor in Aftenposten, Norway’s equivalent of the Daily Telegraph, and has been the newspaper’s correspondent in London, Moscow and Bonn / Berlin. He was Secretary of State for Foreign Policy for Norwegian Tory Prime Minister Kåre Willoch 1984-1986, and Professor II at the University of Bergen 1991-1997. Nils Morten holds a doctorate in international politics from the London School of Economics.

Dr. Tønnevold is a financial adviser with 25 years of experience advising private clients, the last 15 of which in Connectum, which co-founded with ex-Coutts private banker Richard Stott in 2002. Nils was a former corporate finance adviser to among other Edinburgh Fund Managers PLC and holds many directorships in companies and coluntary organisations including one where Princes Märtha Louise is patron. He holds a business degree from Heriot-Watt University, an MBA from Strathclyde University and was made honorary doctor in 2011 at Heriot-Watt.

Your life. Your money. Your future. Our advice

Whether your goal is to build up capital, preserve and protect assets, have a flexible yet liquid and flexible financial portfolio as a counterweight to your direct investments in your own or other companies and / or real estate, to increase overall upside and downside, diversify, secure current or future cash flow, have access to cash on demand, or whatever you want, we listen to you and tailor what you need.

CONNECTUM is a completely independent and professional financial advisor with investment advice as a specialty. We assist entrepreneurs, owners, expats and professionals with financial and succession planning, investing and wealth management. This is carried out in a planned and disciplined manner and through personal follow-up.

CONNECTUM has no links to banks, insurance companies, fund companies or suppliers of any kind, sells no products nor receives commissions, commissions or similar. Our source of income is only pre-agreed fees paid by our clients related to portfolio value or as agreed. Our partners Richard Stott and Nils-Odd Tønnevold each have more than 25 years of experience from the field.

The UK woke up on Friday morning to a vote to leave the EU, the Prime Minister is set to leave office in October and…

Brexit - keep calm and carry on!

With the referendum to remain in, or leave, the European Union upon us, we thought it would be a useful time to provide some reassurance…